Some shots can be a little tricky. Like this one, from Sunday’s shoot: 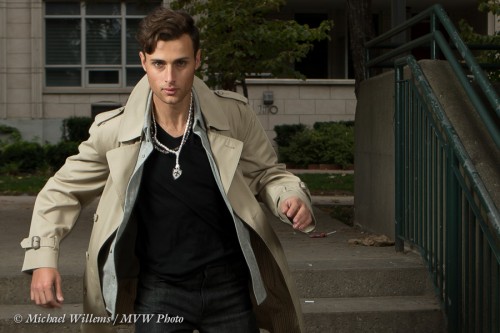 Tricky why? Because the model is jumping, making it hard to focus.

The solution? You could try AF-C/AI-Servo, i.e. continuous focus. But often in these cases a better solution is this (and that is what I did): pre-focus, then hold that focus while he jumps. So I had the model stand where he would be when I take the shot; then focused there and held that focus while he moved back and jumped; then I shot when he was once again in the same place.

Why is he not blurry? Because he is substantially lit by the flash, which fires faster than 1/1000th second.

Another, different challenge was presented by this shot: 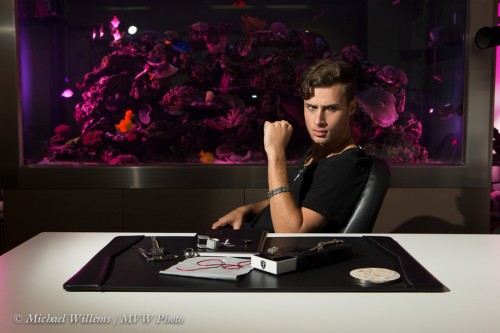 Why? Because the original plan was to light the aquarium in part from behind. But I was shooting TTL, and guess what? I found out on Sunday that the light-driven TTL does not work through an aquarium. Fancy that. You learn something new every day, even when you have been doing it forever.

The solution was to light it from the sides instead, after removing the aquarium side doors. Sometimes you just have to change your plans a little bit!

Enjoy your speedlighting, everyone. I am off to sleep – finally, at 3AM.