In an image like this, taken today, you need flash: 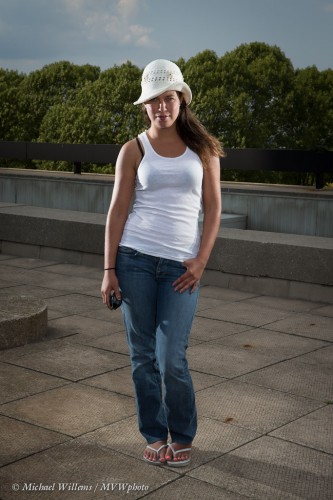 Because on a sunny day, the shadows will otherwise be harsh. And because the background needs to be darker, since that makes the colours saturated. And since, as you know, “bright pixels are sharp pixels.”. And since you want to direct light, rather than have the sun do it. And since the sun needs to be behind the subject, so there no squinting. And since flash give you crisp, great sharpness.

The colors here are great precisely because a flash was used. I do not like to shoot outdoors without a speedlight, and here you see why.

In bright sunlight, a single speedlight can do this, as long as your camera has a good flash sync speed (1/300th second on mine!) and as long as your flash is close enough to the subject to compare with the sun’s brightness. Else, use a studio strobe.