OK, so the Canadians among my readers may remember the kerfuffle when, a week or so ago, it turned out that a federal government minister had paid a photographer around $6,600 to cover her two-week attendance at a climate summit in Paris? “Scandalous!” “A waste of taxpayers’ money!”. For shame!

The minister of course promised to do it cheap, next time. And even His Holiness Prime Minister Trudeau (cue angel choir) weighed in. From the same article:

“We have seen over the course of the past months, have noticed many long-standing government policies that we are questioning and that’s certainly one that we are looking at as perhaps not the best use of public funds,” he said of the photography costs.

Of course we instantly get comments again like “Its [sic] not taking long for the liberals to be abusing tax payer money again.”

Yes, there are online lynch mobs galore: it seems that no-one is defending this bill. Even photographers called in to radio shows, saying this should cost hundreds, not thousands. And I have seen photographers call this “a ripoff”—and so on. No one dares question the decision to spend this kind of money on photography.

I just shot a conference for three days, in Niagara Falls, for roughly the same amount of money per day that the Paris guy charged. And let me explain why this is a very good deal, not a scandalous waste at all: in fact I kind of take offence at hearing it put in those terms. 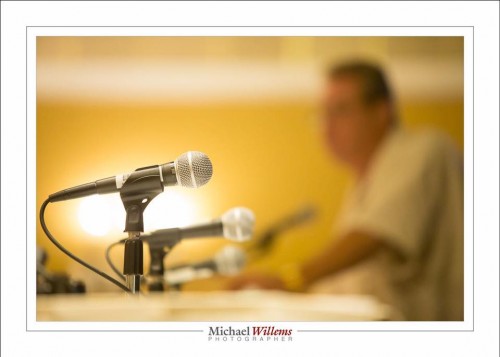 I shot a 3-day conference

First of all, it is important to cover these events, and to create a permanent historical record of them. In later years, the organization in question can tell the narrative using these permanent records. Visual storytelling is a very good way to do this: a picture really does tell 1,000 words, and then some. I am very proud of the storytelling I did in this event, and the Paris pro probably feels the same about his or her work. When I read about something that happened in Paris in 1880, I want to see the pictures, not just words. Imagine if every important conference in history had been photographed! I would want to see those Wannsee photos right this minute.

Second: if it worth doing, it is worth doing well. I can’t tell you the number of compliments I received already about the “amazing photos”. That does not mean I am amazing: it simply means this audience is unfamiliar with the work of a professional photographer. It really IS so, so much more than “point and shoot”. It takes 10,000 hours of study to become an expert at anything, it is often said, and this certainly applies to visual storytelling. A day fee of $1,000-$2,000 is entirely regular in most industries, including photography.

And then there’s the constant cost. I carried at least $30,000 worth of equipment. And spares. And lighting. And various lenses. Stuff that needs regular replacement. (A camera lasts maybe $250,000 clicks and then it’s done). Just like your doctor uses echocardiogram machines and x-ray machines that cost tens of thousands. News flash: professional gear costs money. Ask your doctor what he paid for his stethoscope, next time you see him. I’ll bet it’s many hundreds, even though I am sure you can buy a Chinese Learner Model for $9.95.

Is the stethoscope on the left therefore a “ripoff”? 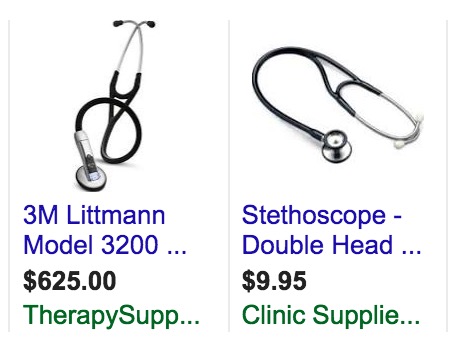 Then there’s the artistic insight. When Picasso draws your portrait in five minutes, you pay him not for those five minutes, but for a lifetime of experience leading up to those minutes.

Then there’s reliability. As a pro, I deliver. Period. No excuses. I have spares, contacts, checklists: you’ll be able to leave it to me. Period.

And now that we’re on the subject, let’s talk about the work. I just press a few buttons, right?

Trust me, I work for a living. Every photo was an adventure in problem solving. For three days, my brain ran at high power to get the job done well.
That also involved time. Three days? No way, much more. Days of preparing and packing, and prior to that, quoting, talking, negotiating; and at the end, unpacking. And while there, I got up at 8am and worked until midnight every day, no interruptions. No time for lunch even. Not even a five minute break!

Instead of delivering photos after weeks, as a beginner would do, I delivered in real time. Four or five times a day, I would go to a room or office, or my hotel room, and finish the 200 pictures I had just taken. I did this while conference attendees had coffee breaks or lunch or post-day social bar visits. Instead of drinking, I edited. In fact on Sunday, I just finished, and uploaded, the last morning’s pictures to the client—and again, I am proud of the work.

So instead of an insane rip-off price, and trust me, even friends here used those terms, this client got a pro, and pro gear, and world-class work for three or four extremely hectic and active days.

And years from now, the story of that organization at this time will be able to be seen in a way that tells more than words. Oh, and since the organization gets an unlimited license, they can use the images forever, for basically any purpose they care to use them for. And all this for what I dare say is less than you’d pay a car mechanic or plumber, if you hired a car mechanic or plumber for the same amount of time.

It is easy to criticize large-looking bills, but you may want to learn why bills are what they are. You might be surprised: even government ministers can get value for money. And “value for money” does not mean “the cheapest”.