Why? Because you get light like this, in a hot I took the other day during a Microsoft even shoot: 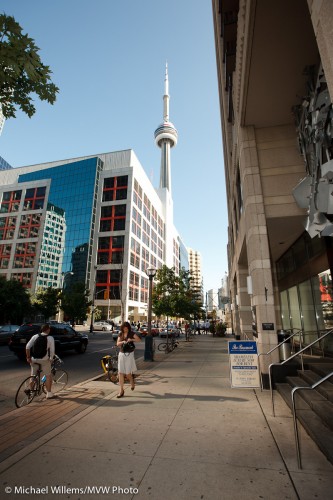 Look at the light illuminating the woman and the bike. Crazy. Unnatural – in a good way. Hyper-realistic light.

The light in the very foreground, the first two metres of sidewalk, was due to my flash (the Speedlighter never travels without his speedlight!), but how about that side light? The picture looks like an HDR shot!

Exactly like the runner in Mono I showed you not long ago. Light from two directions, a spotlight with shadows: spotlight, or a huge softbox, on the left while the sun is on the right. Impossible light, and that is why it appeals.

No, very possible, and here’s why: 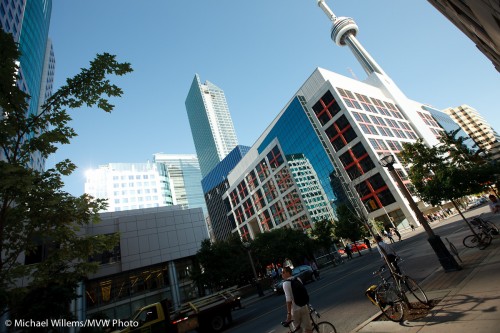 Wonderful. Saved me the effort of using a huge softbox. 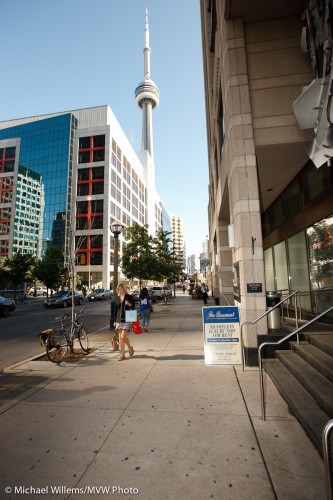 The moral of this post: always look for light – train your eye to look for unusual light, and use it in your pictures.  I thought to get these shots it was worth foregoing my Starbucks visit (that’s what I was actually doing, during a break in the event shoot).