A photographer I know well (who shall remain nameless) called me in despair a few days ago.

She was doing some creative flash shots and had set her Nikon remote flash to manual. She was driving it with her pop-up flash. And because the remote flash was on manual, she had to meter. No problem. (Yes, you can set the remote flashes on “manual” while still using wireless flash to drive them!) 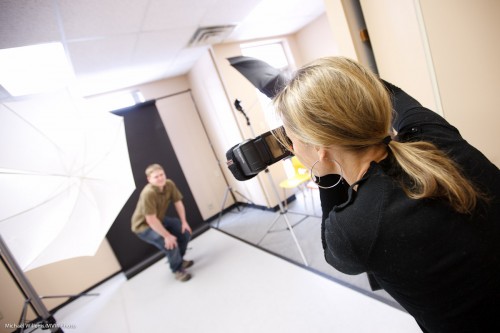 Oh. But however she set the flash, using the menus on the LCD control panel on the camera, the Sekonic light meter always indicated the same!

Huh? Was the flash not in fact varying its power in response to her settings?

Looking at the images, it seemed to be – but the meter kept indicating the same. She checked: the on-camera flash was disabled, meaning its light would not contribute to the shot.  So that wasn’t it. Now what?

After trying for an hour and a half, she called me in desperation. What was going on?

Okay, read on. It’s simple – as all these things are, once you know.

So the solution is equally “simple once you know”:

Now you can go ahead and shoot, and every shot is well exposed.

As I said – when you know, it seems simple. But if you did not know the workings of TTL, it would take you forever.

You see, there is method behind the madness: this is exactly why I teach “TTL insides” in my one-time “Advanced Flash” workshop with Special Guest Star David Honl from L.A.- Toronto, 19 March, as you all know by now – a few places left only.