Today, I shot some pictures at Comic Con 2011 in Toronto. 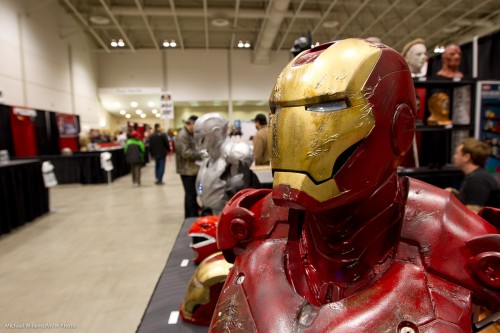 What lens did I  use for that?

Wide. 21mm (actually 16mm, but on a 1.3 crop factor camera, so that is equivalent to a “real” 21mm). That is how you get this feeling of depth. We call this technique “close-far”. The wide angle lens is greatly under-appreciated. But not by me. 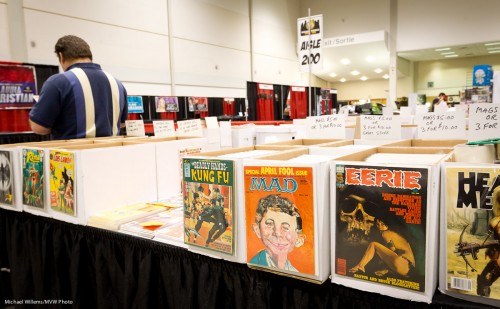 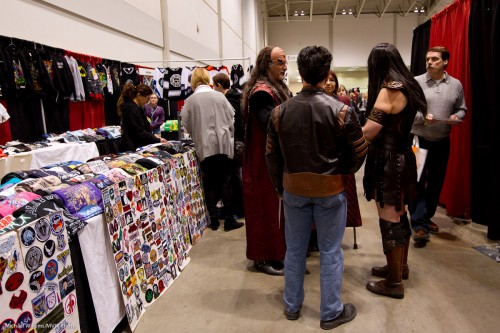 At Comic Con, I met up with photojournalist David Honl and Hollywood actress Claudia Christian, who was signing autographs. Claudia is best known for her role in “Babylon 5”, but she has appeared, and today appears, in many, many movies, TV movies and TV series (including appearances in classics such as “Dallas”, “Columbo”, Quantum Leap, Matlock,  and “Murder, she wrote”).

(If you are near the UK: go meet her. Claudia is organizing a big event August 13-14 in London: see www.ClaudiaConUK.com )

Techie photo details: All I used today was my 1D MkIV with the 16-35mm f/2.8 lens. Manual is the mode to use of course. I used available light, and also used some fill flash on several of the shots – namely on the portraits.