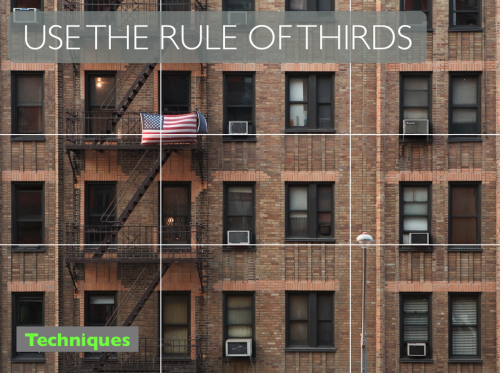 Like in the image above, taken from my room in the Chelsea Hotel in New York City a few years ago.

That usually makes your pictures look much more pleasing. Don’t be Uncle Fred who puts every object in the centre of the image. Off-centre composition, using the Rule of Thirds, makes your images more pleasing.

Of course if you have a reason to centre your subject: do. But in the absence of such reason: use the Rule of Thirds.