Light consists of photons. And photons are photons, whether they were emitted from a large strobe-type flash or from a small speedlight.

To see what I mean, look here, at a few pictures I took of kind volunteers, during classes I taught at the Exposure Show today (note – tomorrow is day three, and I will still be there teaching – come catch this it, is worth it!): 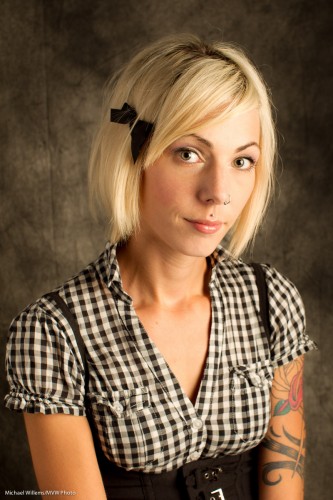 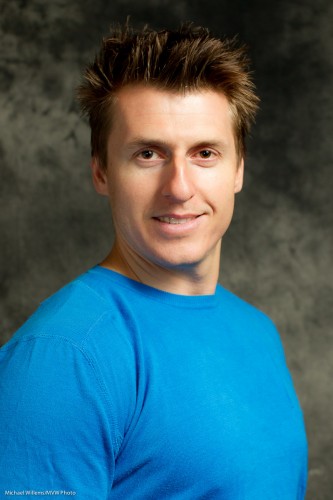 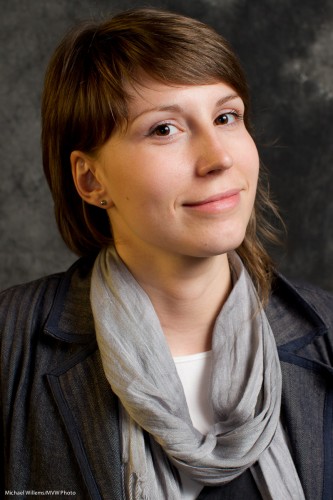 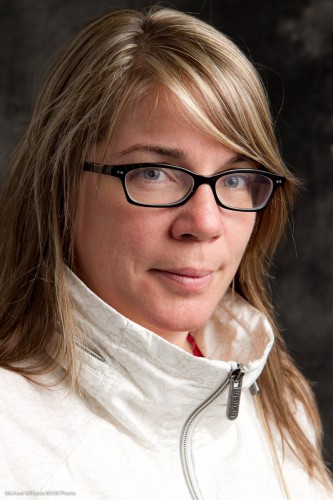 All extremely attractive and wonderful people.

But can you tell me….

Of course you can work it out, but only because I am using only one light in the speedlight pictures. Yes, the middle three were shot with a single speedlight, while the first and last were shot using two studio flashes.

The moral: it can be hard or even impossible to see this because photons are photons. Just like cameras are cameras, lights are lights. Yes, of course there are big differences, but in the end, photons are the same whether they were emitted from big flashes or from small flashes.

Many factors determine what flashes you will use, but “it’s different” is not often one of them. Power, convenience, and predictability, weight and portability, all those are the important differences you will look at. But in essence they are peripheral!

And here, thanks to my enthusiastic photographer friend Ray WIlliams, is me taking the last image: 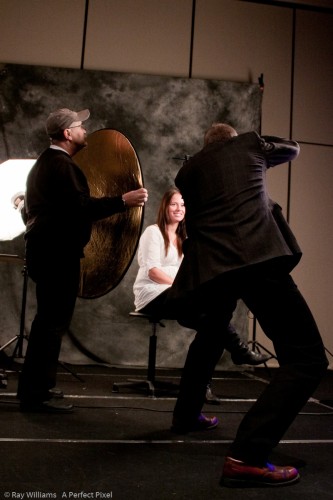