Using a light meter, you say, is oldfashioned. 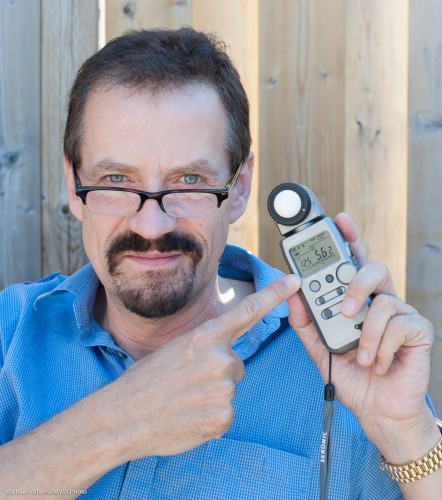 A modern meter like my Sekonic is both ambient and flash meter.

To use it for ambient light, as I did for the student photo above, do the following:

And now you read the shutter speed you need with that ISO and that aperture. (You can change ISO and/or aperture and a new correct shutter speed will be displayed that match those ISO/aperture settings.)

Set that shutter speed on your camera – and you exposure is correct. Spot on.

Yes, you can use a grey card, and you can use the zone system. Sometimes you have to – mountains do not lend themselves to you running over to them with a light meter. But generally, if you have the time and the light is steady, consider using a meter and be a pro in terms of exposure.