When I pass away (hopefully not until a while from now), I want my epitaph to be Dylan Thomas’s words:

Do Not Go Gentle Into That Good Night.

Rage, Rage Against The Dying Of The Light.

Light is everything. But in a sense, where you do not light is even more important as a starting point.

In several ways. First, in establishing a starting point. For studio flash shots, the ambient light should be dark. So you start at 100 ISO, f/8, 1/125th second. Try it: whatever room you are in looks dark. So that only the flash will show.

Then add that flash. In this image of Kingsley in last night’s Sheridan College class, one flash is used: umbrella on the left: 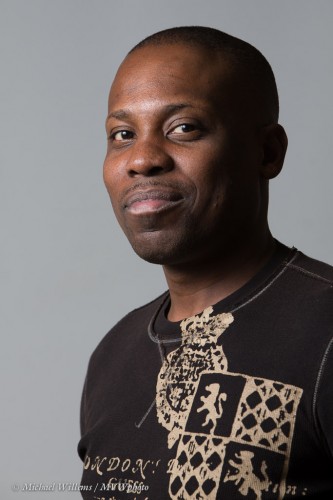 The background is not quite dark, is it? So that when we add color in the form of a back light with a bright red gel, we get some, but not a lot: 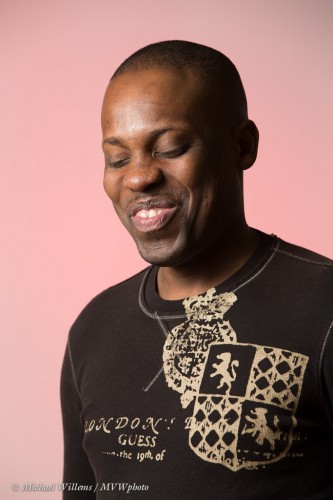 how do I know it’s not a lot? Let’s turn off the front flash and use only that back flash with the red gel, where all other settings remain the same: 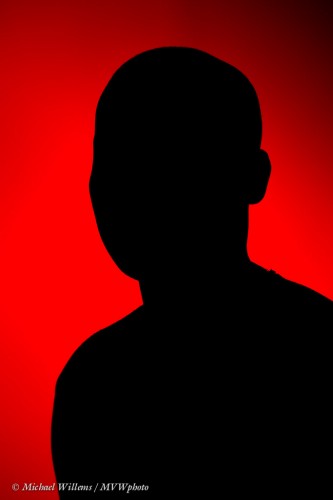 Wow, so there was pure saturated red – it was just blown out by the white. “Saturated” means “not mixed with white”.

The solution? Move your subject and the umbrella back a few metres. Now we get less white, hence more red: 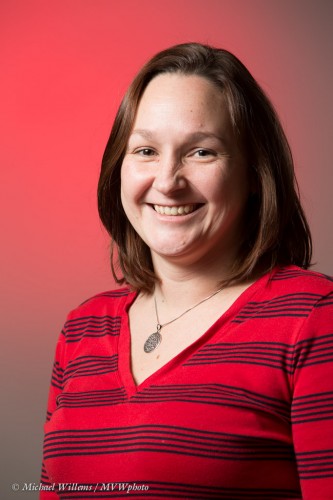 Even farther from that background would have helped even more. As would a softbox close to the subject.

But yes – you need a large studio. True say.