So the day yesterday in Timmins I had the following shot firmly in mind: 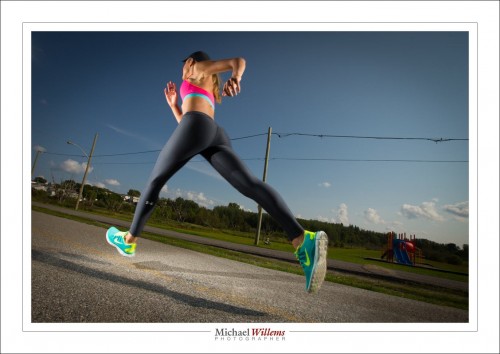 But that was mind only. I needed a setting – friends and students Aurele and Lisa came up with the perfect location for what I had in mind, and Savannah, the model, had a jogging outfit, and is a runner. Serendipity!

So now the shot. If I were to get low to the ground, use my widest lens, and use available light, I would get this (this was my composition test shot): 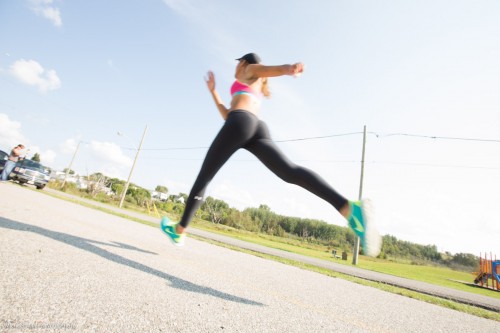 So then I go to work.

To get the saturated look I like, I want to darken the background, ambient, light by two stops. I start at the usual sunny day settings of 1/250th sec at 100 ISO. That gives me f/11. So that makes me use two speedlights direct on front of the model and one behind; all set to half power. One light gives me f/8, so two lights around f/11. See the two flashes on the left: 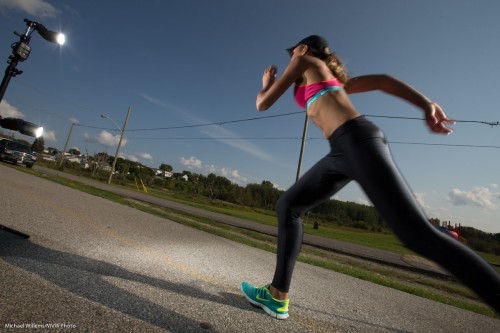 One on a light stand, one attached lower to the same light stand with a clamp. Used at half power, while I perhaps would have preferred quarter power (they are Nikon flashes, so will overheat) – but half power is better than full power.

Now, walking like an Egyptian, I explain the idea to my students: 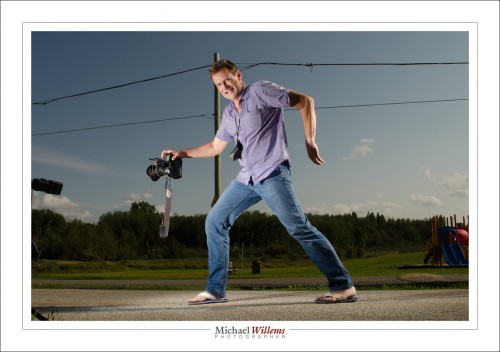 And there we have it – now all I needed to do is agree on the spot; prefocus (so there’s no delays); and shoot. That took a few attempts, but not many: out of seven tries, two were perfect. Here’s the second of those: 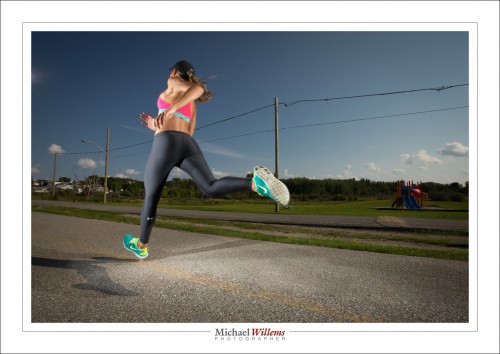 Post work consisted merely of removing a few unwanted shadows and background objects, and I had the exact shot I had in mind. And my students did too, and they learned the process, and they fully got it. It’s nice when it all comes together.

2 thoughts on “Mind to sensor”