I was at Toronto’s Historic Distillery District yesterday, to pick up a large print from The Kodiak Gallery, where I had it framed. The Distillery is, of course, the home of Canada’s most photographed truck. 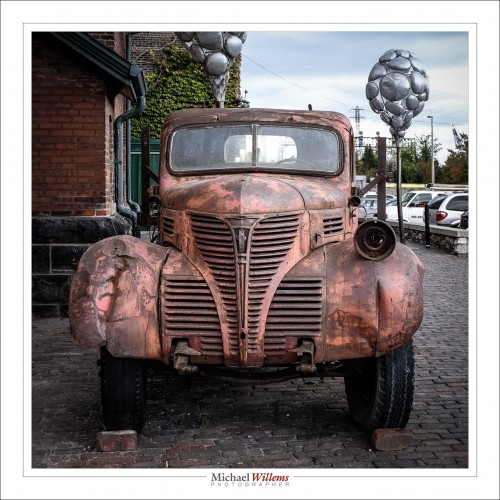 Yeah, I know… guilty as charged. I could not resist snapping it again, with my renewed-with-firmware-2 Fuji x100 camera. Nor could I resist the bricks: 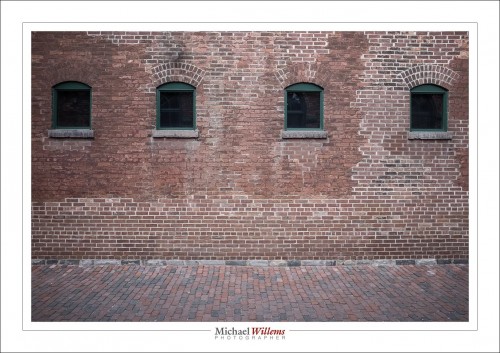 Or indeed the Kodiak Gallery itself: 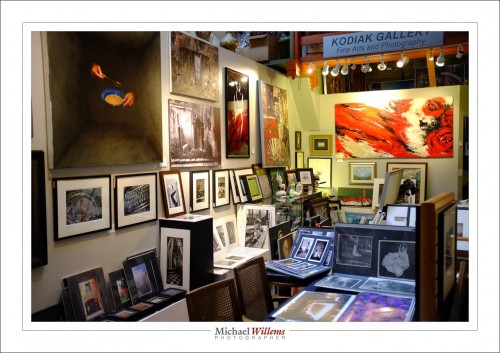 Or Gregory Talas, the gallery owner, at work: 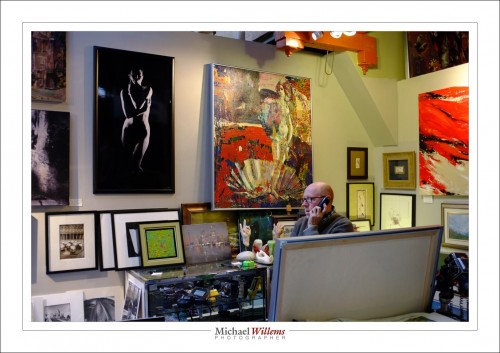 This is a gallery I have had several exhibits at, by the way (and still have work at: that large black print on the wall there is one of mine, for instance).

And there, over a coffee, Gregory told me he is moving. 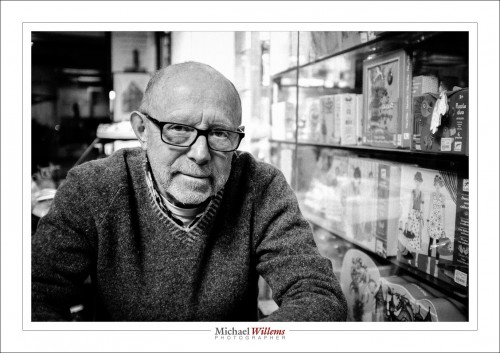 Moving from The Distillery, after years there. It appears that the last few years, people come in, look, admire, praise, admire again – and then leave. Unlike in Europe, most Canadians do not buy art, certainly not in today’s economy; or they expect a painting to cost $99 instead of $5,999 (or a print $30 instead of $300). Why stay at The Distillery if people stop buying? Gregory, and with him The Kodiak Gallery, is moving, and my work goes with him too, of course. Shame: I liked The Distillery; but sure, if the buying public is there, go elsewhere.

One reason for this, I think, is that beginning photographers undersell themselves. When you work out what it costs you to create, say, a framed print, from beginning to end, factoring in the time and equipment, the material cost of art printers, paper, and inks, the framing, it is impossible to seek a print for $80, say. Or rather: it is possible, but you are making a loss. And the same applies in wedding photography, family photography, or any other type of photography. The local newspapers employ people who do it for free, or for little money. If that means a lowering of quality, so be it. If most people want the distorted, not well printed, same-as-everyone-else Ikea bicycle for $49… 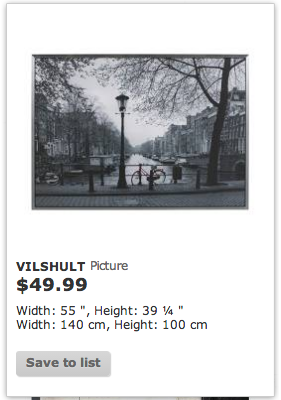 …instead of a unique one that only you will have, autographed and printed in permanent pigments in limited editions, at $400… 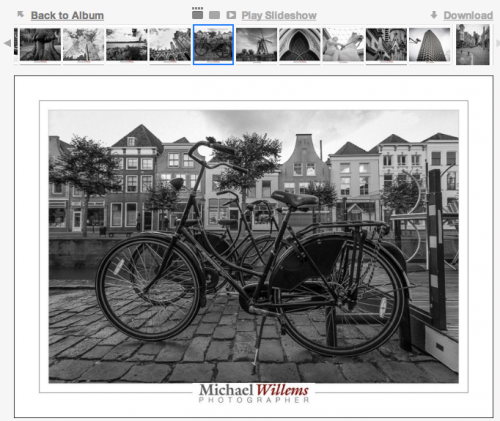 …then so be it. But just like in food, where most like McDonalds, there will always be people who do want quality and uniqueness – just not at The Distillery. And not quickly, either: a painting, a print, can take years to sell, but if it is good, it will sell in the end.