Yesterday’s shot of the day was an “amateur” pro shot. Today, a “pro” pro shot. This one: 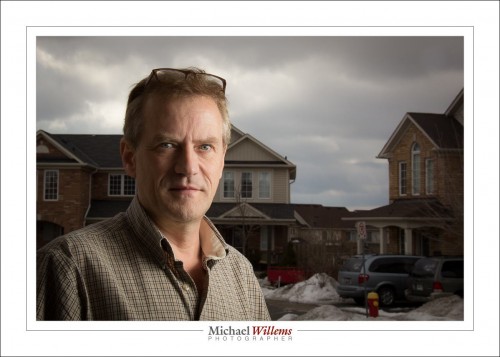 Lit how? With one off-camera flash (a Canon 430EX II speedlight) on the right, shooting through an umbrella. Using a 50mm lens.

The secret here is the “looks like it’s photoshopped in” look. Without actually using Photoshop or Lightroom. This is shot in camera. And you get this kind of “dramatic portrait” look by making the background darker.

How? The recipe for such a bright day, outdoors shot is simple.

And that’s the shot you get. Simple, very simple. now you go do it!

Learn all about this: Buy the Pro Flash Manual