Yesterday morning I shot a mission. I shall tell you about it in a moment, but let’s start with the light. 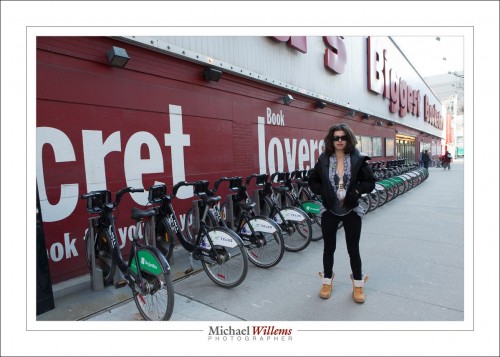 So the solution is easy: I grab an umbrella and flash. I use

I now get the light I want: 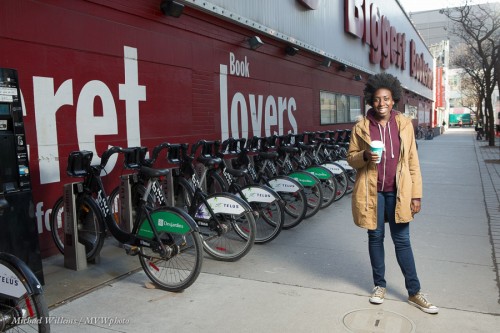 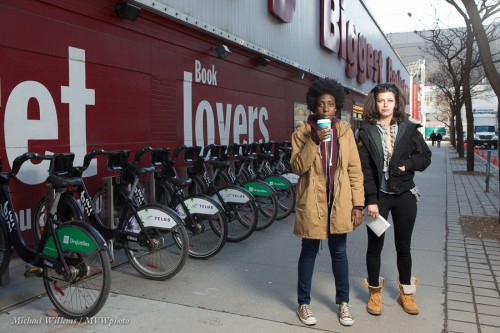 The young woman on the left is on a mission called the “Topless Tour De Canada“, and her objective is to point out that going topless is legally allowed in Canada, for women as much as for men.  Her tour starts in Toronto and will take her through the major Canadian cities, and she will be filmed and photographed in each of these cities—top free.

Here’s a Behind The Scenes shot: 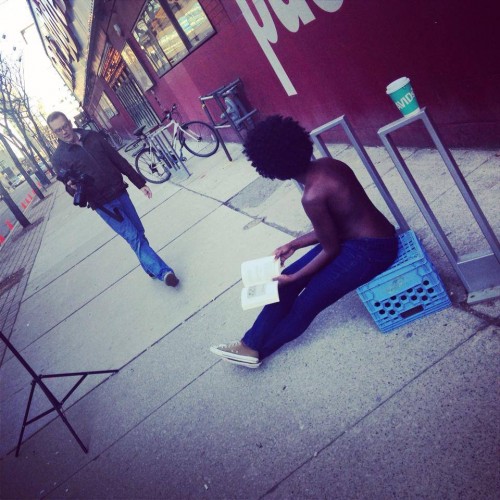 See the light stand? And yes, umbrellas get blown over by wind, so hold them!

And here’s one of the finished shots, in front of The World’s Largest Bookstore in Toronto—a bookstore that, alas, has recently shut down. 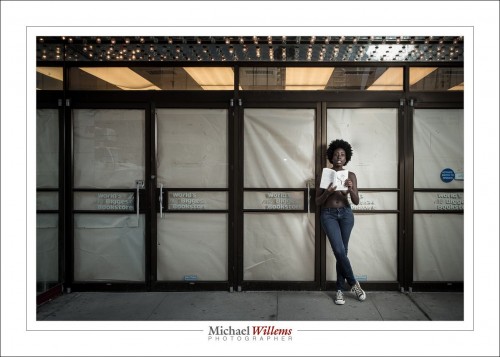 There are lots more: see one here. And see another one here.

1 thought on “On A Mission”