A pastoral scene in The Netherlands, from Nov 2013: 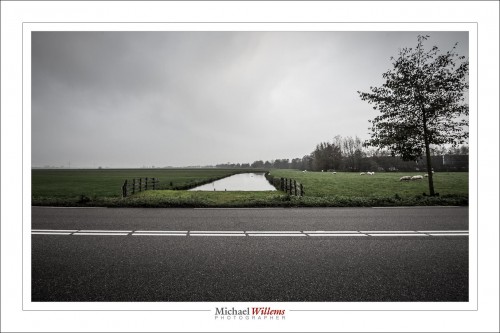 Why those settings? I wanted 1/100th to be free of shake. f/6.3 to get enough depth of field. So I set my camera to those values; then the ISO follows those two.

A grey, cold, scene devoid of positive feelings. Pretty much the way I feel after a provincial election where once again, due to the asinine British “first past the post” system, my vote was not heard, and a government that nearly 60% of voters voted against got 100% of the power.