OK, so you have a flash that does not work on your camera. Bad contact.

Huh? Which one is it?

That is what a client came to me with. And never to shy away from a challenge, I took a look and figured it out. And since this could affect you too, if you own a camera and flash, I asm sharing.

Solution: it is both.

This camera, a Rebel, has rather a large vertical distance between the hot shoe and the actual contacts; i.e. the contacts on this camera are “recessed” a little more than usual, as this photo shows: 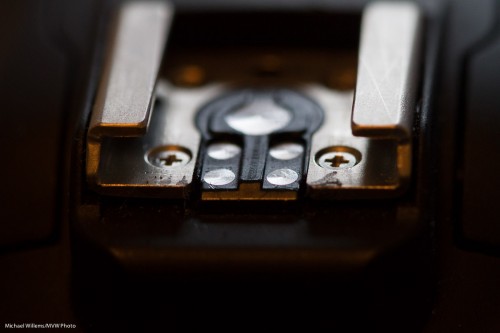 Next, the flash. Here are the flash contacts. This is a Canon 580EX II flash: 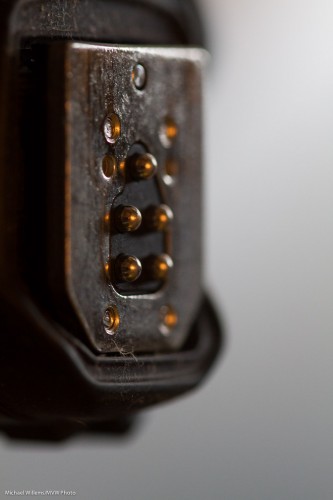 But then I noticed something. My own 58u0EX II flash, i.e. an identical flash, is in fact not identical. It is newer, and its contacts look like this 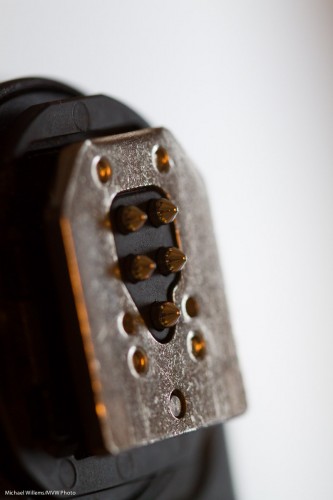 Can you see the difference? Instead of round, they are pointy, and they extend farther.

So Canon did a rolling upgrade in mid-production, and changed the pins. Obviously, my friend is not the only person who had problems with the flash contacts.

So this was the problem: a camera with slightly more space to bridge, and an older flash that has slightly less ability to bridge space. That’s why it was the combination that did not work.

And 580EX II owners, take note. Do you have the older pins, or the newer pointed pins?