So I can take pictures like this, one by one: 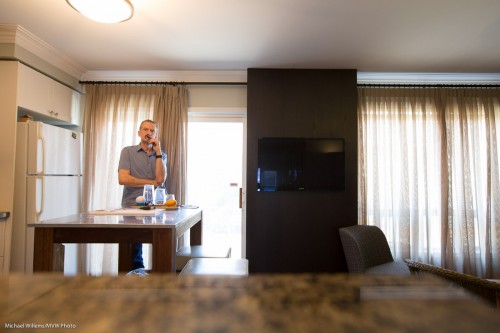 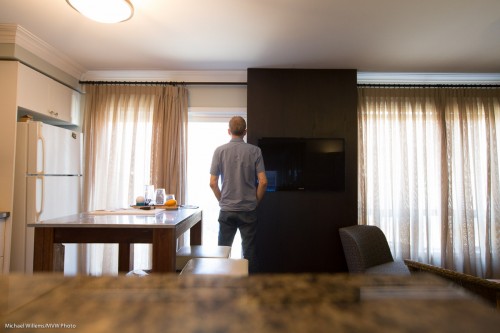 …and on on. Using a tripod, so the only thing that varies is me (I used a self timer). 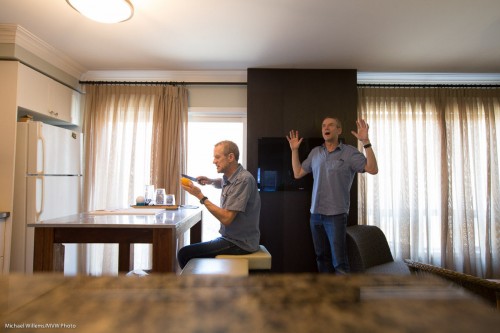 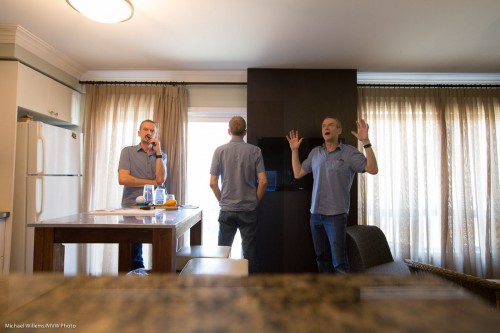 I don’t. But you can also use it the other way. Instead of replacing the wall by me, replace me by the wall. And now you can perhaps see a benefit looming.

But not in the same spot all the time. So all you need to do is the same I did here: take a bunch of pictures. Say 10-20 of them. So that you have each spot of attraction at least once without a covering tourist. Then you put them into layers—one each—in PS. And then you manually remove tourists. Or if you have the extended or Cloud version, you go one further: you use function File > Scripts > Statistics.   Choose “median” and select the photos. Now you end up automatically with an Eiffel tower without tourists, a Grand Canyone without other onlookers, and so on.

Cool? Yes, that warrants four backspaces and a “–ful”, in my opinion. And those of you as experienced as I am in IT (I am avoiding saying “as old as”) know that ^G (Control-G) is a backspace.

3 thoughts on “A useless^G^G^G^Gful trick”