When taking a picture outdoors on a sunny day, you may, as said many times here, want to use flash. Else you get this: 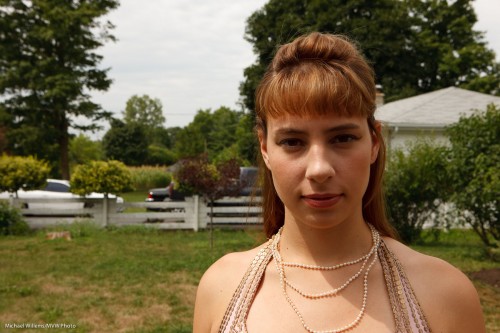 So instead, you use a flash.

But you all know that on-camera flash is bad. It has three major drawbacks:

True. But you can solve these three problems – as follows:

Harshness: use a softbox on the on-camera flash. Like the Honl Photo Traveller 8 softbox. Flash on camera; softbox on flash; aim straight ahead.

Non-directionality: a-ha. So if your model is looking to the right, say, then you turn the camera to the right, so the light is coming from the right and hitting her in the face from there. Yes, that is contrary to the way you normally hold a camera in vertical orientation! The shutter is now below, instead of on top. Bad technique normally; but here, necessary!

Power: if you want a dark background on a sunny day, you need to shoot at 1/200th second (stay below your sync speed!), 200 ISO, f/16. the only way to use a flash with that small an aperture is to be close. So you get very close!

And that gives you: 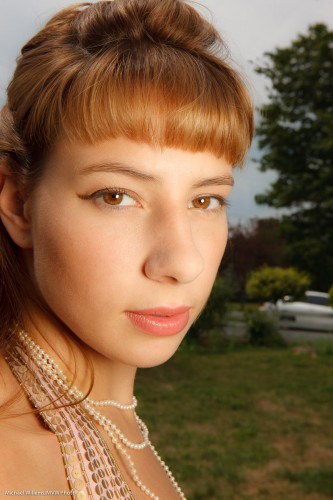 Not bad for an on-camera flash snap, huh? I used a Honl Photo Traveller 8 softbox, which was essential in this shot. It also gives you those wonderful round catchlights. Beautiful.

(I took this shot as a demo for students in the all-day Creative Light workshop we did Saturday. Stand by for more dates soon. ou can do this – it’s a matter of knowing the technique!)