When shooting outdoors in sunlight, it is better to turn people away from the sun, so they do not squint.

So you do it as in this recent shot (with the Hon. Minister Harinder Takhar of Ontario in the centre): 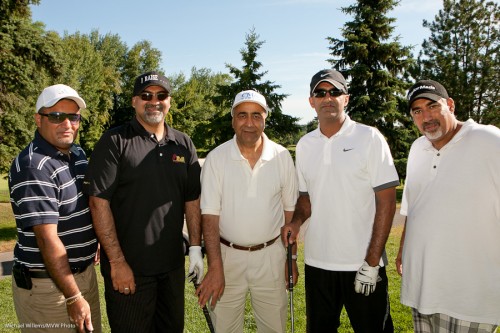 As you see, you now need a flash to light up the subjects. Else, they would become silhouettes.

And the constraining factors are:

That last part is important: raising ISO is not a solution to the need to “nuke the sun”. Only more flash power is.