Often, people who do not know photography think it is simple. Just press the button.

Alas, not so. Yesterday, I did a lifestyle/male jewellery shoot: 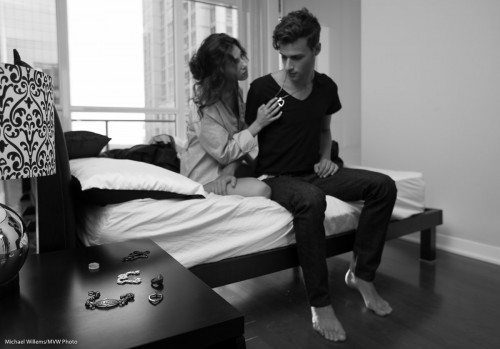 Not so. I didn’t – not alone. I was helped by another excellent photographer, my colleague and friend Kristof, but also by, among others:

In all, about 15 people were involved. And we took about eight hours to get what amounts to something like eight shots at three locations. Make-up and clothing can easily take as long as the shooting. And this was an awesome shoot: fun, and everyone worked exceedingly well together. Not always the case: here, it easily was.

As for the work: that is a lot – but it is not all. Those chosen shots are then finished meticulously. The post work takes as long as the shoot. Cropping, fixing, simplifying, adjusting perspective – all this takes time.

In technical terms of course it is not just the camera. It is the camera and lenses and lights – two off-camera speedlights in the shot above, and four, fitted with modifiers such as snoots and grids, in this shot: 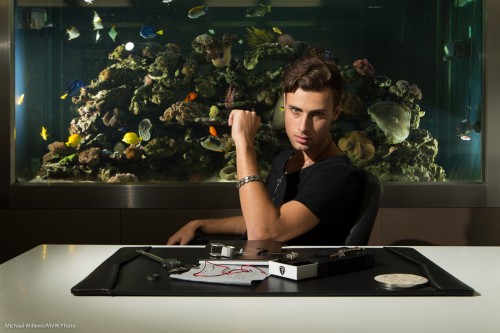 So while the final click may only take 1/200th second, the preparing, packing, carrying many things from site to site, setting up, make-up, clothing, coordination, creative, post work, logistics, and so on take much work from many people. That is why photography takes time and costs money.

For these shots I used off-camera flash; manual flash with Pocketwizards for the first shot above. and TTL flash for the second shot. The camera was in manual. In the first shot, to give pretty good exposure – almost enough – using ambient; in the second, to give a totally dark room.