At Saturday’s wedding of Stephanie and David, I shot mainly with the wide angle lens – in fact all but two or three shots were done with the 16-35 on a full frame body. Why? Because of the environment I am in.

First, the Ukrainian church – the same church, incidentally, where my big fat Greek wedding was shot – and a beautiful church it was: 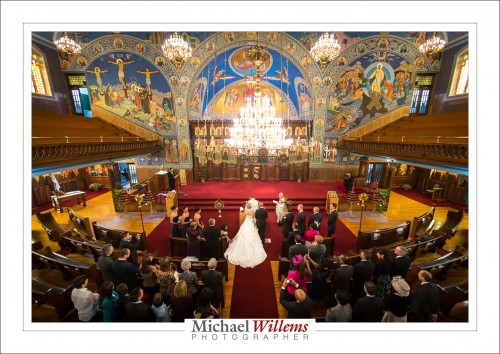 Why would that make me shoot wide?

First, it calls for wide to “get it all in”. And second, I want wide to get that wonderful sense of the beautiful church. But also, because of technical reasons: I can shoot at f/2.8 and still get great depth of field. With a longer lens I would have to shoot at f/4 or f/5.6 or even more, and that means slower shutter speeds or higher ISOs. And my shutter was already at 1/30th second, and my ISO was already at 1600.

Why available light? Well, the flash would not do much in a wide shot like that, but even if not: I do not want to disrupt a solemn occasion with constant flash-flash-flashing. The wedding is not there for me: I am merely documenting it. This is one of the times I use available light only” let no-one say that The Speedlighter doesn’t know available light.

But there’s a limit! Here, later the same afternoon, I am using a little bounced flash: 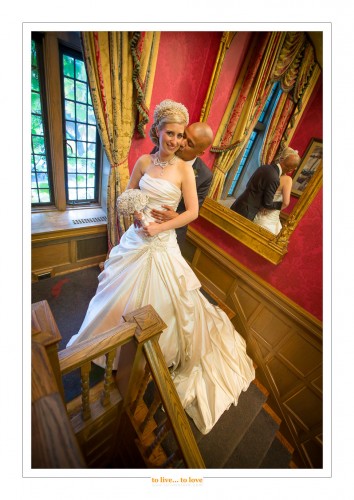 Here, I also used bounced flash, but still at high ISO to get good shutter speeds: 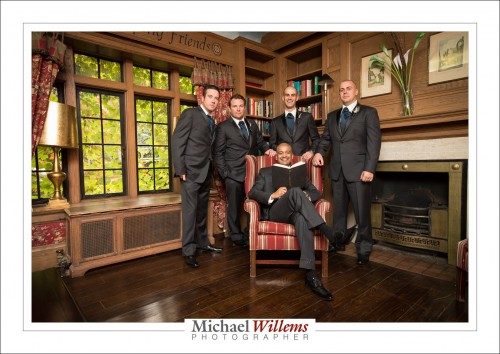 And one more, of the radiant bride: 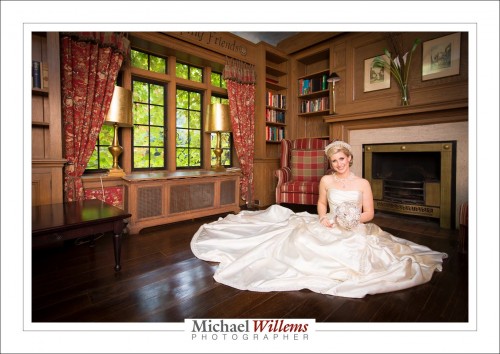 All done with the wide lens, the entire wedding. Spectacular shots, great depth of field at low aperture numbers, and slow shutter speeds without camera shale: what is not to like? And yet, the Uncle Fred shooters I saw all day (and there were many!) all had ordinary lenses, even long lenses like the 70-200. Good luck with that lens in such dark environments!