A repost of an article from exactly three years ago, because someone asked “Michael, what do you mean, you would have added more flashes”. Sometimes, you do this for cool colour. Here’s that previous article:

Further to Thursday’s post, I thought I would brighten your day with some more colour.

You see, sometimes you need to shoot things that are a bit, well, drab. Like this wall – the screen is great but the wall is a bit dull: 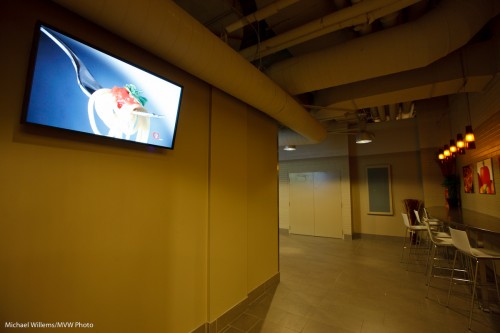 So then, as you also saw two days ago,  I shot it again, this time with two speedlites: 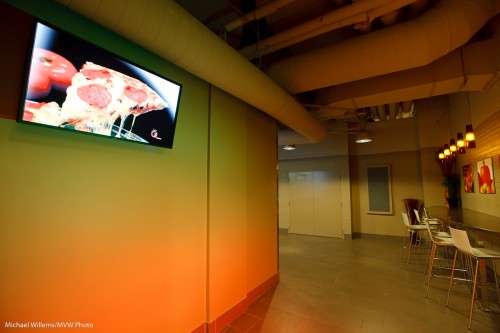 Wall with screen with gels

How was this rainbow effect achieved?

That was simple, and I think you will agree it’s a better shot.