Those pesky “f-numbers”…  my new f/1.2 lens prompts me to write about them.

As you know, f-numbers determine the depth of field (download the sample chapter of my DSLR book here, if you need a refresher). But what does the number mean? A little math for you today.

What is the f-number? The f-number is actually an “f divided by” number. An expression where “f” is the focal length of the lens (say, 50mm for a 50mm lens, or 70mm for a 24-70 lens that is zoomed in) that has as its result the diameter of the opening. Or in formula form:

Why use this measure? Why not just say the diameter? Because the f-number describes the light-gathering ability of a lens. A 10mm f/2 lens and a 100mm f/2 lens can gather the same amount of light. How so? Surely the opening of the 100mm lens is much larger? Ah yes, but it is also much farther away! The amount of light is the same.

So now you know a little of the math behind aperture numbers. And here’s what they do, again,.. here’s f/1.2: 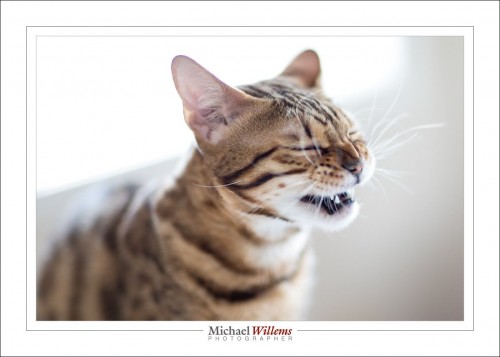