If, like me, you do not like Terry Richardson’s hard flash shadows (Google it…), then you prefer softer shadows. And so, traditionally, do most fashion photographers.

And they often use a ring flash for that. A flash that forms a ring around your lens. Because it is the only flash that can work great when fired straight on to the subject, as in this image of one of today’s Advanced Flash students: 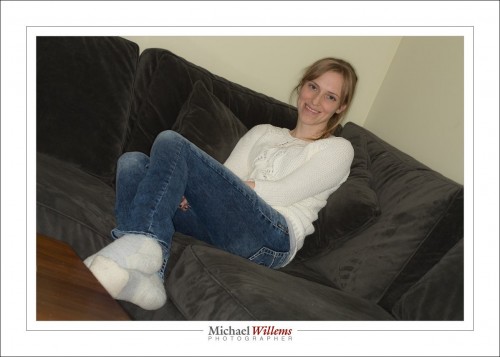 It is when you use a ring flash. And the ring flash achieves that by being a circle of flash around the front of your entire lens. So there’s not so much “no shadow” as much as “shadow everywhere”. Look at the typical “halo” shadow: 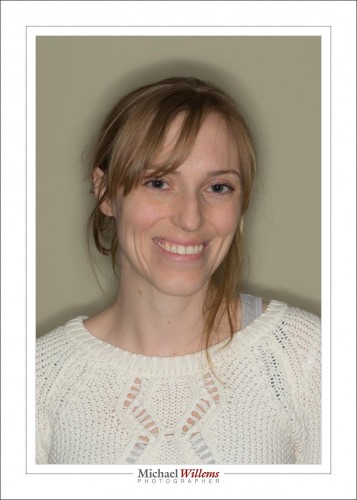 See that halo? Since the model is bigger than the camera, the shadow lines move outward. If we move the model farther from the wall, it gets even larger: 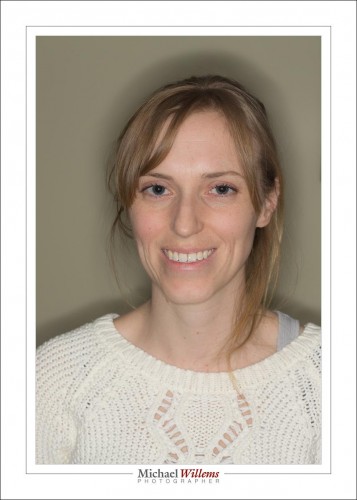 And if we move the model closer to the wall, it gets smaller, and more difficult to notice: 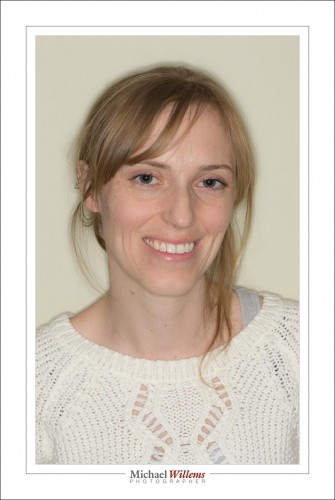 Also, of course, the wall is brighter (she is closer to it, i.e. it is closer to her: the Inverse Square Law doesn’t get much of a chance).

You can get donut-shaped highlights if you are close to the model. I like these. If you don’t like them, move outward a little.

So do I like ring flashes? Yup. For fashion, and for some macro work. Love them:  a great addition to the serious photographer’s kit bag.

But—one note of caution: you will get red-eye. In the images above, each eye was red, and I had to use Lightroom’s Red-eye correction feature. Which is very able and simple, so it’s no big deal. Unless you forget!