Consider this: two images taken at the same time. 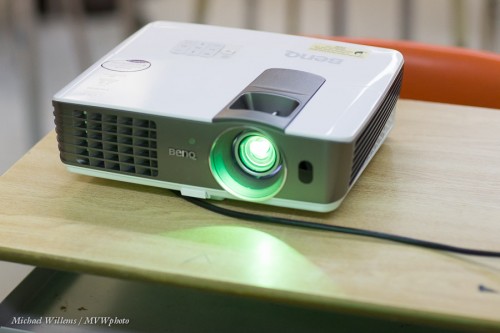 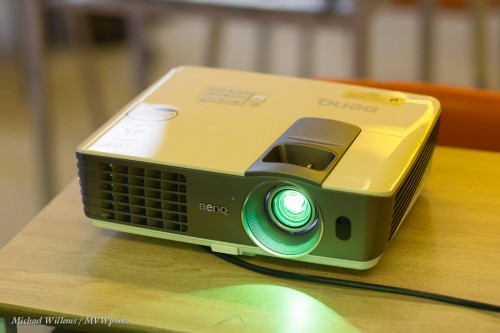 A hint of what happened is in the projector light. It is the same hue in both images. So the camera’s white balance setting did not change. So the colour changed.

And the light, what was it?

Fluorescent, and that is the reason for what you are seeing.

Fluorescent lights are not continuous. Instead, they go off and on many times every second. Some flash on and off 1,000 times per second, but the cheaper ones go on and off 60 times a second. And that means that if you use a long shutter speed, like 1/60th of a second or slower, you will not notice any strange effects. But if you use a fast shutter speed, like 1/1000th second, then you can easily accidentally hit the part where the light is only just beginning to glow or where it is just going off.

So, when using fluorescent light, use slower shutter speeds than the light’s frequency. Which can be 1/60th second for the traditional older fluorescents.

2 thoughts on “The secret of fluorescent”