I am often asked “should I go full frame”?

A full frame camera is a camera whose sensor is the same size as a negative used to be. Cheaper cameras, on the other hand, have a slightly smaller sensor. We call these “crop cameras”. 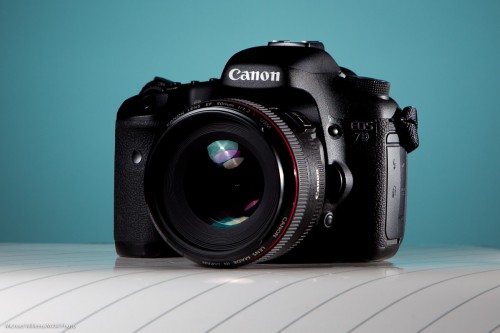 The Canon 7D, a crop camera

Making a camera with a smaller sensor means that it, and its lenses, can be:

That’s good. But it also means a few not-so-good things:

So you take your pick. Most people start with an affordable crop camera, but go to full frame eventually.

More importantly: lenses. Some lenses can only be used on crop cameras. These lenses (EF-S for Canon, DX for Nikon) are cheaper, smaller, lighter—but they are less future proof. The other lenses can be used on any camera: crop as well as full-frame. It is the latter kind of lenses I recommend, in case you go full-frame at some later stage.

Now, off to a Toronto bank to do executive portraits. Later!

2 thoughts on “Full frame or not?”