As you will have seen, last weekend I shot the World Naked Bike Ride in Toronto. During this event, many (many!) naked bike riders of all ages and sexes ride bicycles through major cities in the nude to promote “bicycles instead of oil”. Last weekend was Toronto’s turn.

I shot the crowd getting ready. So I shot outside. And outside it is… bright. especially on the sunny day that it was.

And when it is bright you cannot see the LCD display on the back when you press Playback. Hence, you have to guess that your exposures are right. Like in the film days.

But the Hoodman Hood Loupe comes to the rescue. 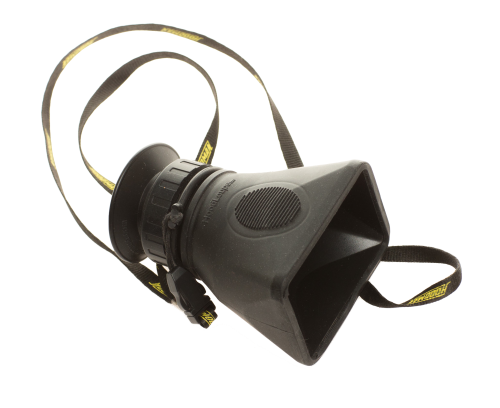 You just hold this thing on the LCD, adjust the eyepiece to suit your eye, and you see a completely sharp and bright image. As though you were inside. However bright it may be.This Hood Loupe is worth every penny of its price, and then some.

Oh, and the Hoodman guys will get a kick out of the following, I think: 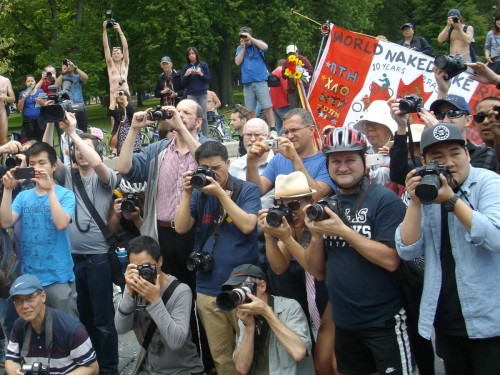 And here’s the kicker: as you will see when you click on the image and see it large, I am naked.. except I am wearing my Hood Loupe.

I can think of all sorts of ad slogans (“I’d rather go naked than go without my Hood Loupe”). Silly, but they contain more than a grain of truth. The Hood Loupe really is a device I will not go outside without. And I am not being paid to say this!