OK, maybe that title is a little silly. But it IS through the eye of a woman that I shone my flash

And here, lit from the back: 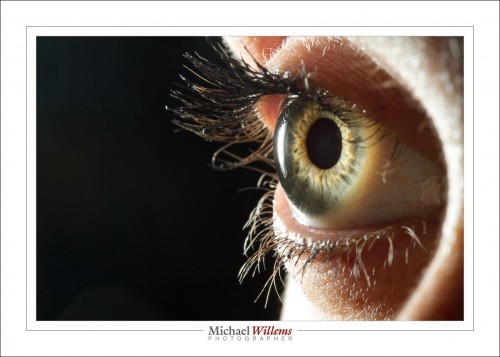 The flash was shining from the back. This can give you pretty weird effects: 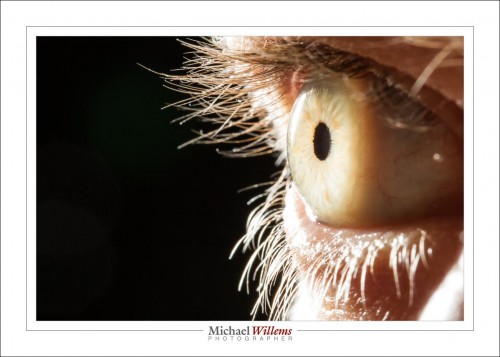 My eye here looks light green, while in fact it is light blue. Back lighting can do that.

But go back to the first shot. See that? Look carefully. A little white point, in the centre of the pupil,next to the actual catch light.

This is mysterious, because I was using an off-camera flash. The on-camera flash only sends “morse code”, as it were, to the other flashes, before the shot is made.

And yet, that pin light is from the on camera flash. 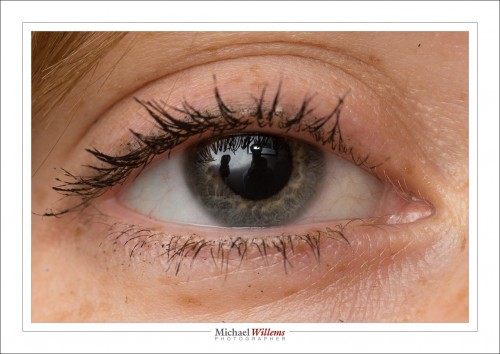 See, the main flash on our left, bounced against the wall; and me and the camera including its popup flash afterglow in the centre: 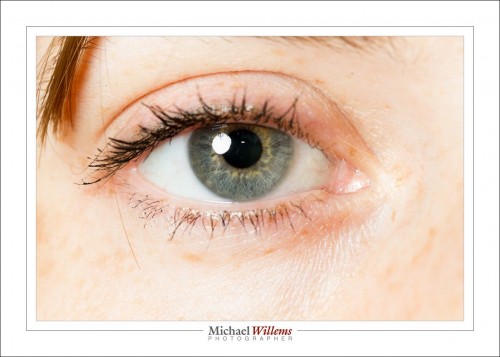 And that is why you get a little pin of extra catchlight in some wireless TTL photos, even though your on camera flash is turned off.

(Thanks to Becky for the loan of an eye!)

2 thoughts on “Through The Eye Of A Woman”