The more things change, the more they remain the same. In many ways, this applies to art, and I will give you a few examples here of mine on the right, and earlier art on the left.

We start in the renaissance: 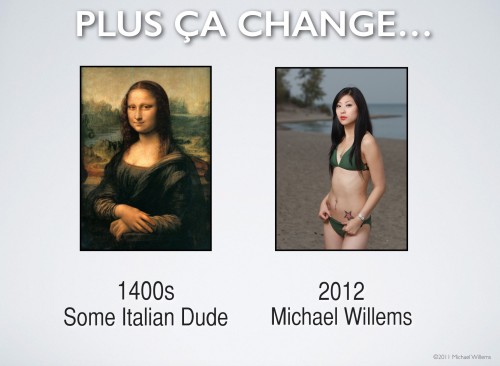 Before you say it: “Some Italian Dude” was of course Leonardo da Vinci. Joke. But can you see the similarities?

Now let’s jump back another 4,000 years and we see this… and I swear I did not see the image on the left until after I had taken the one on the right. 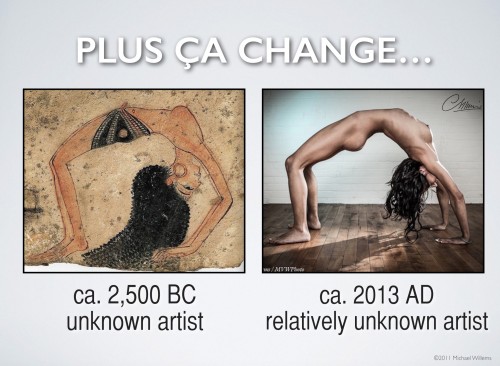 Forward, now, to one of my favourite portrait painters: from the late 19th century, here’s John Singer Sargent’s “Madame X” and my friend. Again, the similarity, to me anyway, is striking: 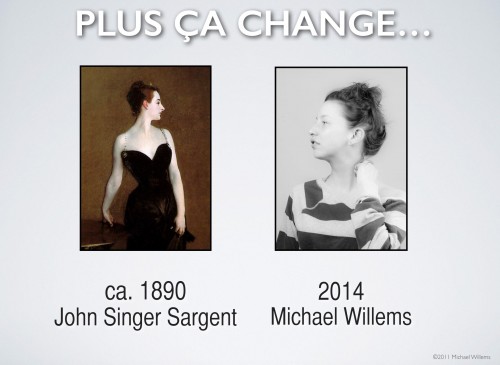 And now to another one of my favourite artists, Edward Hopper. And mine. Somehow this too feels very much the same: 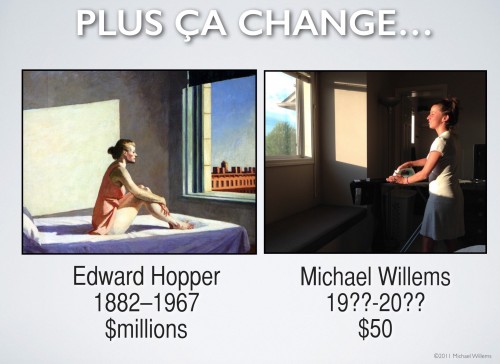 Finally, a comparison between Conte’s Carla Bruni and my model. The way she holds her body, shoulders, legs, feet: sooo similar. And no, he is not just “some Italian dude”: that too is a joke. Just before any literal thinker takes offense. Joke, everyone!

What is not a joke is that once again, several works feel or look similar, and not because of copying: my model had never heard of Carla Bruni. But in spite of this, she assumes the same body stance: 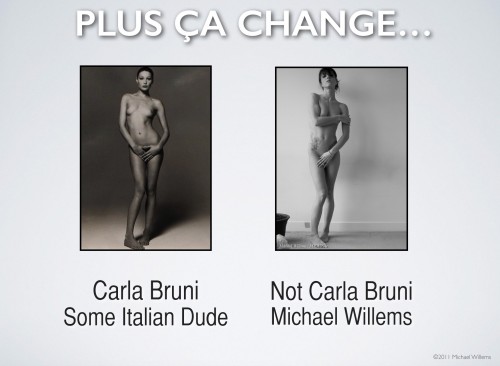 Art feels the same to people across the continents and across the centuries, even millennia. And that is amazing: truly a way of communicating.