So how so you get a fast exposure time? One of two ways, it turns out. Either one of:

So let’s say I’m taking a fresh picture of a rapidly spinning spinning top. And let’s say further that I want to freeze the motion, to see the spinning top detail. Since I’m using a flash, I cannot use a fast flash shutter speed; The fastest I can go with my 5D camera is 1/200 of a second. So I’m going to have to achieve a fast exposure by using a short flash of light.

Fortunately, that is exactly what a flash fires. At full power it fires a flash of about 1000th of a second, or 1/4000 second at 1/4 power. Nice. Assuming that ambient light plays no role, your effective shutter speed is now nice and fast: 1/4000 second.

But not fast enough: 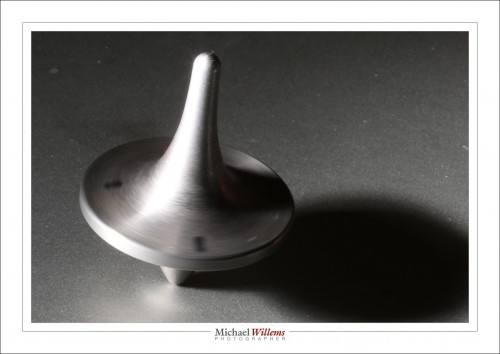 OK, it’s still blurry, because it is spinning rather fast, so even 1/4000 second cannot freeze that motion. Now what?

Because how does a flash set its power? Simply by shortening the time that it is on. Full power means 1/1000 second on a typical flash (small or large). Any longer and it overheats and burns out. So: 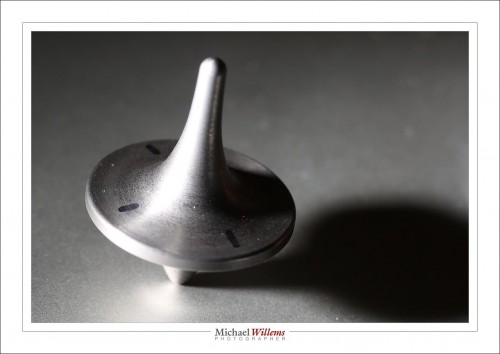 The lesson? To freeze motion, use low power flash. The lower the better.