I recently, while preparing for a commercial shoot, took a few self-portraits. Including this one: 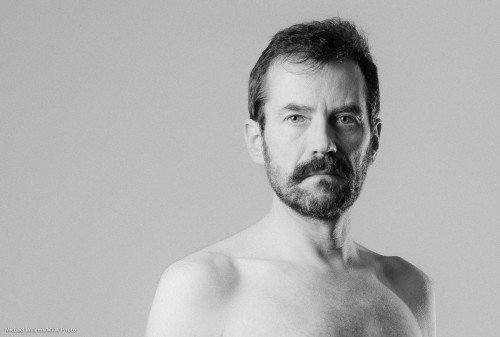 As always, click to see it large. (You really do need to see this one at original size to see the full effect.)

Finally, in post-production I added some film grain. This is one of Lightroom 3’s Develop module’s “Effects”, and it is one I really like. Tri-X film, anyone?

I am about to set up the same setups for Saturday’s workshop. Deciding on lighting is a photographer’s major job!