If you do not understand basic things: ask. There’s no such thing as a bad question, if you don’t understand something and the answer brings you closer to understanding.

I have found often, for instance, that people don’t understand shutter speed. Like “a one thousandth of a second is faster than an eight of a second”., At that stage I lose some people.

So here: shutter speeds explained in one small page. 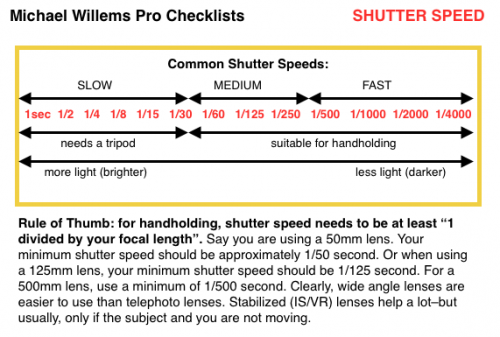 Read that thoroughly if you are new to photography and all that tech talk confuses you. And if it is still not clear: ask more.

That’s how you learn, by asking. And that’s why I teach. Via Google Hangouts, if you aren’t local: I teach people all over the world, literally. And when most people say “literally”, they mean “not literally”. When I say “literally” I mean “literally”. 🙂  See http://learning.photography to learn more.