So, in the past weeks I have:

I have therefore had to go out and buy a 600 EX-RT. A not actually more powerful flash (600 refers to the highest guide number, but Canon has just upgraded the Guide Number table to include higher zoom settings – the actual head is the same power as the 580’s, it just has a 200mm zoom setting – and more zoom means more concentrated power forward), but one that has been significantly upgraded. 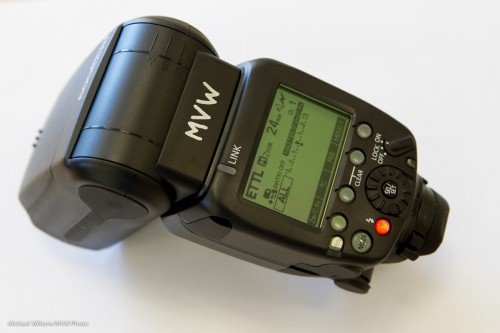 I think a software upgrade would solve some of the issues; but they can generally be worked around.

This updated flash is an investment in the future that also works for today, but that may (willy-nilly or voluntarily) speed up our move towards that future.

Stay tuned for more impressions, and some images, soon.