Sunday I spoke at a large Social Media show in Toronto – one of the world’s biggest, at Ryerson University. 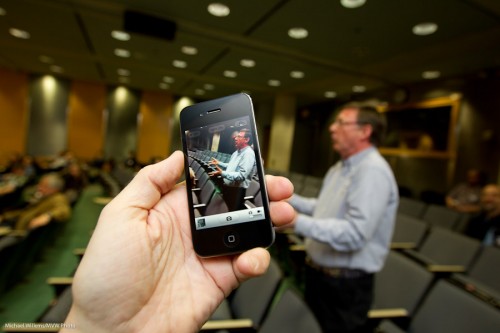 With my friend Peter West, pictured above in an image that stresses the importance of iPhotography, I talked to an audience about photography for social media. Small World: Ren Bostelaar and Mark Shannon, two of my Henry’s friends, were also on several of the forums, as well as in my audience. 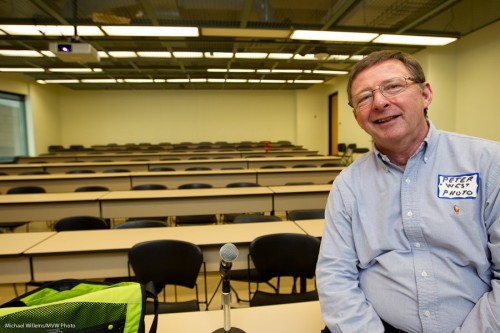 Peter West at Ryerson, before a Social Media workshop

The interest (and, um, yes, the room filled before we started) shows that social media are interesting to, and understood by, not just young people but also people as old as 25. 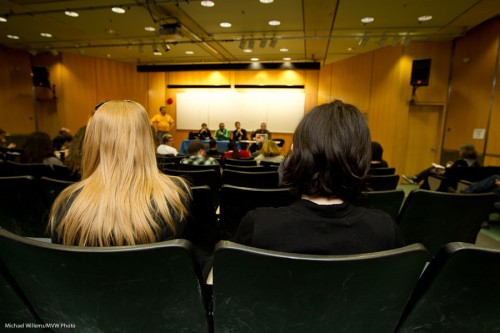 My talk was not just a 45-minute photography lesson. I had two additional main themes:

When some people say photography is dead, I do not believe it at all. When others say “everyone can now do it”, I do agree – but only if they learn at least some of the same skills I, and every other professional photographer, had to learn. 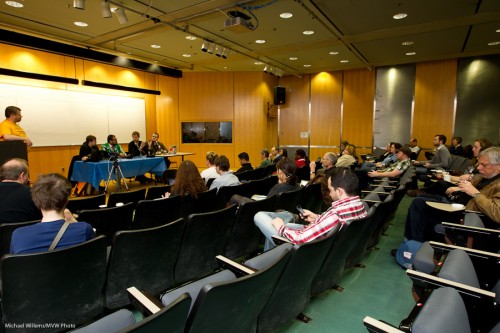 For the images above, I used a fairly standard recipe: 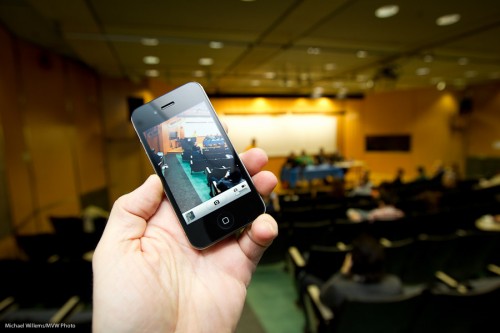 And I think you may agree those pictures tell the story better than just words would.

As you probably all know, I am an educator. I teach a variety of photography subjects in various locations and in various ways.

Learning from a live person is a great way to quickly gain essential photographic skills, so I thought perhaps I should update you as to where you can see me. 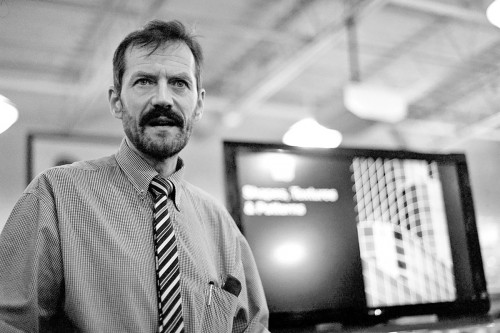 S0 – here are the ten ways you can learn from me:

I hope that clarifies, and above all, I hope to see you at one of these events soon. There is, as said, no substitute to personal training. Blogs are good, books are great, but personal interaction is much better. Think about it – otherwise we would just ship our kids and students a bunch of books and URLs at the start of each year. It just doesn’t work that way!