Another note about video. Last night I shot an event: a Bat Mitzvah party – here’s a sample of the beautiful Bat Mitzvah girl: 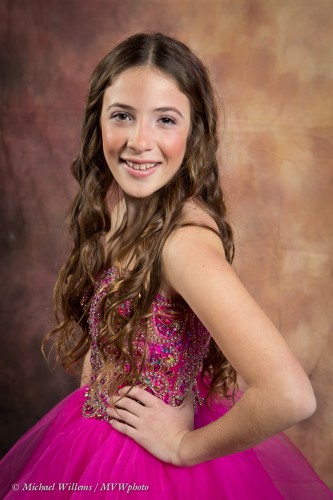 The event was also filmed by a videographer. And that’s something I admire.

One reason people like me, i.e. stills photographers, tend to shy away from video is the time it takes. Like right now… I am importing a 15-minute drive video into iMovie. 30 fps 720p. This import is taking around 72 minutes – that’s 72 minutes during which my iMac is doing, well, basically nothing else.

And after that I need to edit. For a “real” video, that would include:

This process could easily take a day or more, even with very simple tools like iMovie.

This is in addition to the setup work. The JVC camera makes it a lot of work: every time before starting I need to:

Steps 2-5 could easily be removed by JVC – hope you are listening, JVC, and I await the new firmware with interest.

In any case, video means serious work. But it’s worth doing, because at the end you get an experience which complements the stills videos very nicely. It does not replace stills at all, and it never will – stills give you the power to contemplate a moement in time, while video means these moments are ephemeral and pass by as quick as they appear. The two are complementary, and if you are interested in doing both, then learn the basics skills you need. Establishing shot, B-roll, transitions: all these are things you need to know. And especially “cutting room floor”: shoot ten times more than you use!