…I know I shouldn’t have  crashed your plane! 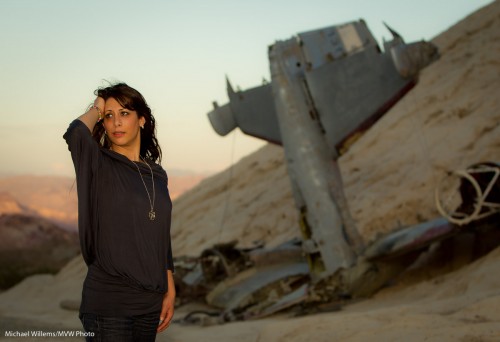 This photo, which I took in Nelson, Nevada of friend and photographer Yasmin Tajik, shows how useful a flash can be when fitted with gels.

The light was a setting sun.

But the setting sun was not lighting up Yasmin at all. So I used the flash.

But to keep the “golden hour” light quality, I fitted the flash with a Honl Photo Speed Strap and a  1/2 CTO Honl Photo gel.  That made Yasmin look like she was in the setting sun. When in fact she was not.