Toay we have so much power. So much more than in the film days, where we had toi get it all done in camera.

Now, no more. We can shoot RAW and do any desired post processing later.

Take this image, one of the “tween and teen” shoot of the other day: 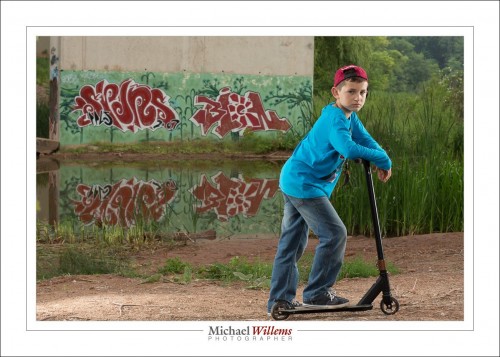 The kids’ mom and I shot that like this: 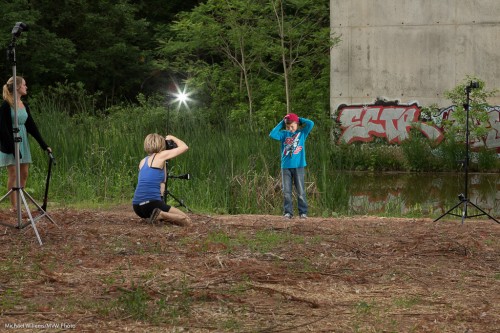 So I like the vivid colours. But what if I wanted B/W?

I would set my camera to RAW, but picture style to B/W. That way I see B/W on the back of the camera, to give me some idea.

But the moment I get home, in Lightroom I see colour again. So I go to the DEVELOP module, in within that the “HSL/Color/B&W” pane. I select B&W: 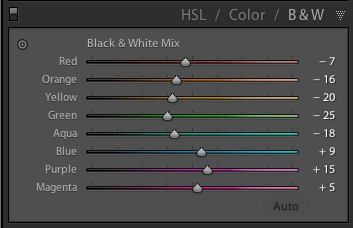 Which gives me this: 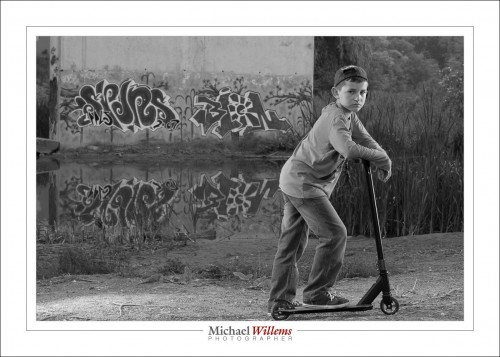 That’s nice and all, but as regular readers know, I can now set the brightness of individual colours. Why? Well, for instance, to create contrast between subject and background, or to emphasize or de-emphasize certain areas.

For example, I could make the shirt darker by sliding the “BLUE” slider to teh left. All blue areas (mainly the shirt) would get darker: 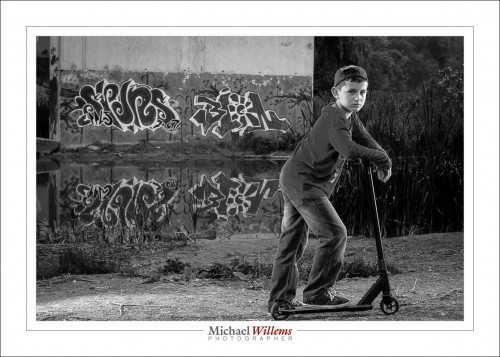 Be careful not to go too dark: you will see artefacts: look carefully at the edges of the shirt: 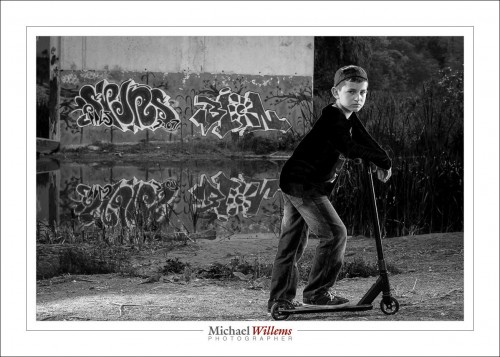 Anyway.. here, I want the shirt brighter. So I tune up blue, and then make various other small adjustments, like making green darker; all of which are aimed at making the boy stand out from the background: 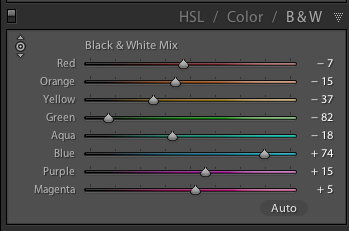 Which gives me my final picture, which looks like this: 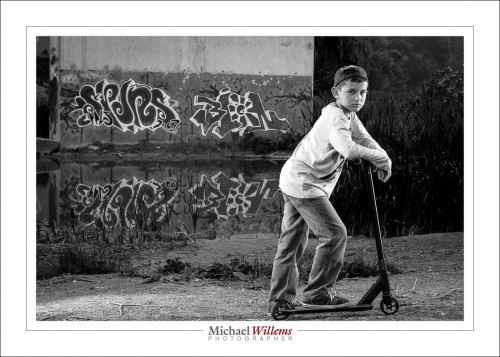 Actually, that’s not bad, especially when you consider that in Lightroom, this takes merely a minute of your time.

In the past, we would have used actual filters in front of the lens (e.g. a yellow filter would make the blue areas go darker). The problem is that you cannot readily experiment. Here, you can go crazy (though please don’t). Fun!

Come to me for some personal training, if you want to master these techniques. See http://learning.photography. Bring a kid or two and you get two benefits: portraits of the kids and teaching. All you need is to bribe your child in to cooperating for three hours. Easy, right?

Summer. Hence Sun. Right? So you need a polarizing filter for your lenses?

Yes, this is a good filter to have. A polarizer, as you know if you have been reading, actually does stuff: 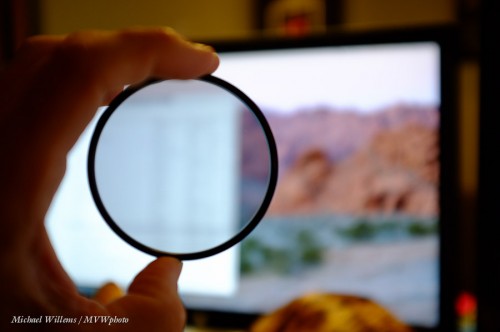 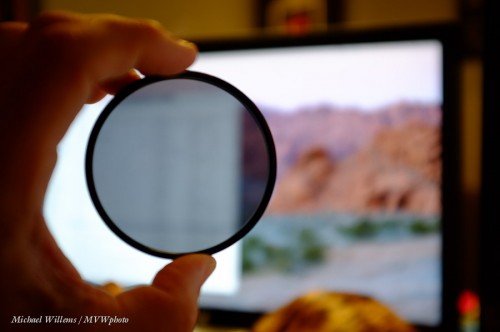 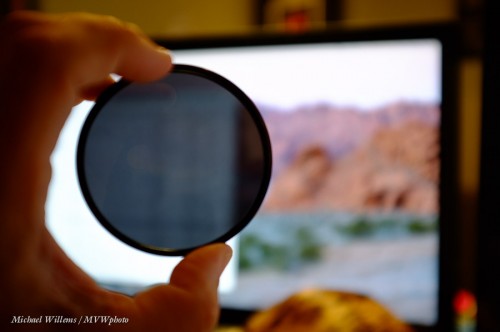 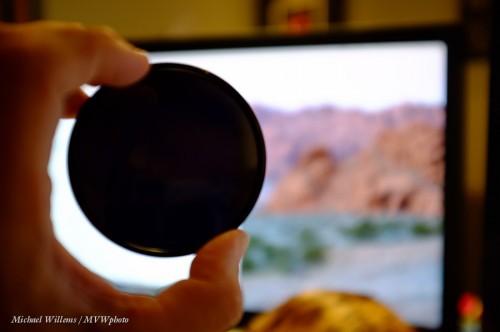 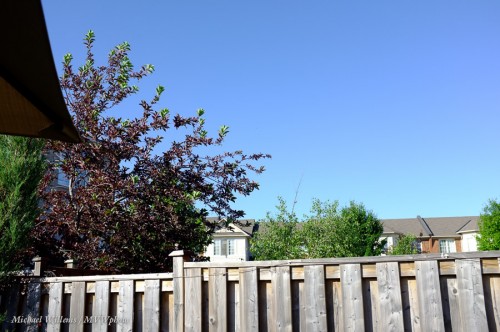 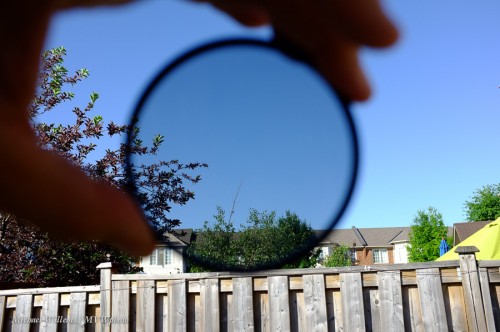 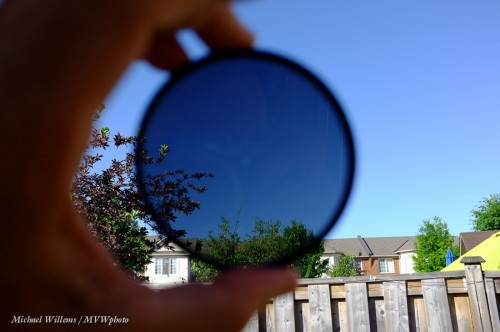 You will hear many people talk about “circular polarizers”, as opposed to “linear polarizers” You need a circular one for a digital camera. Let me explain.

This also allows you very easily to see whether your polarizer is circular: a circular polarizer only works one way. Turn it around (screw threat in front), and it does not work. Because the second filter makes the light basically unpolarized, so that the subsequent polarizer does not do anything.

So if your polarizer works the same whether you look through it one way or the other way, it is a linear polarizer, and will give you problems.

Here’s a polarizer taking away reflections (again, only off non-metallic surfaces): 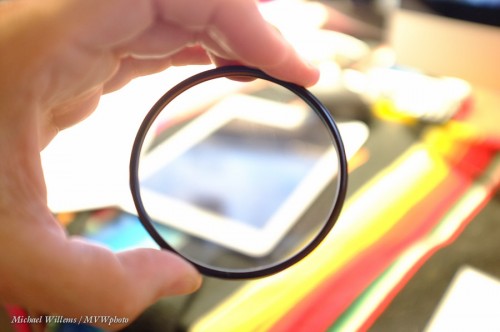 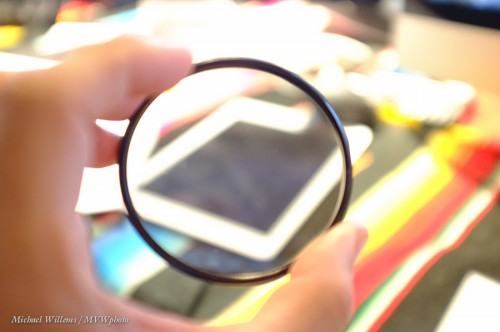 Note that a polarizer can give you issues with mirrorless cameras. My Fuji x100, for instance, does not show the real effect when I use the electronic viewfinder. Beware!

Finally, a sequence with the polarizer turned to let progressively less polarized light in (using the Fuji x100): 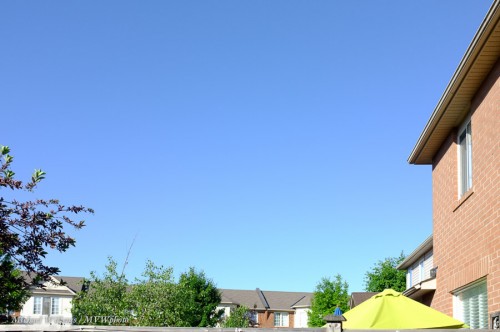 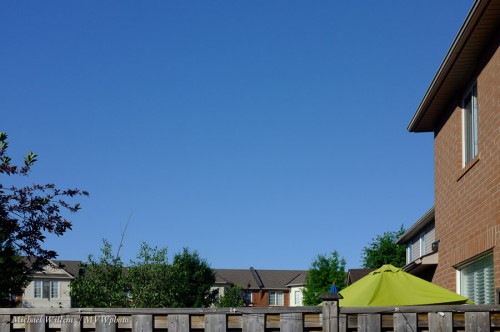 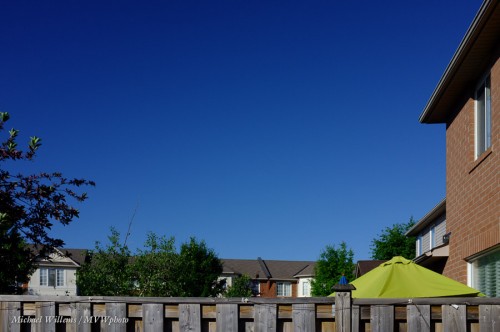 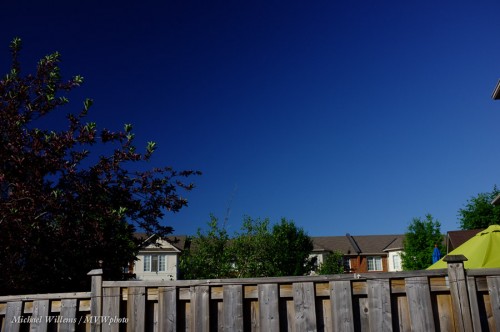 You will note in the last images that part of the sky is darker than other parts of the sky. Yhis is becuse, as said earlier, teh angle matters. Parallel to the sun (i,.e.. the sun is behind you or in front of you) the polarizer does very little; at 90 degree angles it does a lot more. The only solution: use a longer lens.

And the last note: if you have only one polarizer, you can use only one lens? Nope. here, I used a large thread polarizer, a 77mm, simply held in front of the tiny x100 lens. Where there’s a will…

Have you had a look at my five e-books? All are over 100 pages long, well organized, illustrated, and a great source of information that gets you started immediately. Head over to learning.photography now!

I have seen “digital” filters in stores. And I have seen digital lens cleaners, digital everything else.

Well, to this I have two notes.

First: “digital” is often used just to get you to buy things. Digital sounds new, and new, in Don Draper’s words, is an itch you desire to scratch. A way to get you to buy. The reality: if you use a protective filter on your camera, an “analog” filter will do just as well. There’s no difference. A filter is a filter.

The same goes for many other “digital” items: digital lens cloths? Really?? Caveat emptor: buyer beware; Careful what you pay for; or rather, careful that you really need it.

Second note… I do not use filters. As regular readers will have seen here, few pros put filters on their lenses in normal use. Yes, I do own the filters: when it is raining, snowing, I am in a sandstorm, at the beach: that is when I will put on a filter to protect my glass. Otherwise, it just adds flare and unsharpness (see my post in June).

Can you expand a bit more on ND filters.  I have never used any type of filter, and I know you are not a big advocate of them.  But I have read so much mixed information on them, just wondering what your take is?  Ever in Studio?  I would think not but, I have heard some arguments for.

I avoid using filters unless necessary. But sometimes it is necessary. Here’s a few examples of when that might be:

What do professional photographers often say NO to? The very things amateurs say “Must Do” to. Like these:

I am not saying you cannot use bags, lens caps and filters. What I am saying is that if like me you choose not to, you should not feel guilty. You may find the experience lliberating.